Seeking knowledge in, of, and about Middle-earth.
Post Reply
84 posts

Here is a link to my local book shop's page for the new Unfinished Tales. 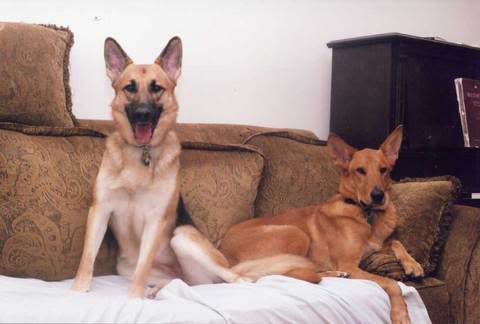 Voronwë the Faithful wrote: ↑Mon Sep 22, 2008 1:25 am I finished reading The Lord of the Rings 1954-2004 Scholarship in Honor of Richard E. Blackwelder yesterday. This book, edited by Wayne Hammond and Christina Scull, includes 20 papers that were presented at the 2004 conference held at Marquette University. It is a great collection of essays from some of the top people in Tolkien scholarship. [...]

I attended this conference and had a wonderful time. I arrived too late in Milwaukee to hear Zettersten's paper, which was presented on the evening before the bulk of the conference at an art gallery where some of Tolkien's work was on display. I also deliberately skipped Michael Drout's paper, which was the first one presented on the conference's second full day, because I knew nothing of Beowulf. I arrived at the auditorium to find a very contentious Q&A underway, which I later learned was a kind of sequel to a dispute earlier that year at the Tolkien conference Christopher Vaccaro had hosted at the University of Vermont. The gist of it was that Jane Chance felt that Drout was downplaying Tolkien having largely ignored Grendel's mother in his famous essay, "Beowulf: The Monsters and the Critics." Chance had written a much-anthologized paper on that subject years before. (Belatedly it occurs to me that there's a possible connection here with Arda Reconstructed.) One fun bit of the conference not captured in the anthology was a multi-performer reading of Verlyn Fleiger's short story "Green Hill Country," that impressed a lot of attendees.
Last edited by N.E. Brigand on Wed May 19, 2021 3:59 am, edited 1 time in total.
Top

N.E. Brigand wrote: ↑Tue Aug 26, 2008 12:46 am There are also some unpublished, and mostly unfinished, works that sound interesting, including a prose and poetic translation of Beowulf, some Old Norse poems, an alliterative poem about King Arthur, and a short story titled "Sellic Spell", which was to have been published in the late 1940s in a journal that folded. It's said to be a version of the folktale which underlies Beowulf.

It's great that most of the works I mentioned in this post almost thirteen years ago have since been published. Only the poetic translation of Beowulf, which is reported to be unfinished, remains unseen from that short list. There are other Tolkien writings still unpublished. Off the top of my head, two more poems in the "Bimble Bay" series and two more bestiary poems are known to exist, and in the first edition of Scull & Hammond's Tolkien "Companion" (I've ordered the second edition, which is 50% larger, and may be updated on this point), they listed what appeared to be all of Tolkien's published and unpublished poetry. But I was told by someone else very knowledgeable in the field that was not an exhaustive list o Tolkien's poems after all, and some of the works subsequently published showed that was correct. We know that the linguistic papers are slowly being issued. There's a lot of academic stuff that I think may yet appear in bits and pieces in papers about Tolkien. And who knows, maybe eventually we'll get to read "The Ulsterior Motive."

As I wrote this, I found this list, whichg appears to be a pretty complete catalogue of known unpublished works.
Top

Just saw this announced. It is a pretty wonderful line-up. As it should be.

Great Tales Never End, The: Essays in Memory of Christopher Tolkien
"Among the tales of sorrow there are yet some in which amid weeping there is joy and under the shadow of death light that endures."
Top
Post Reply
84 posts

Return to “The Shibboleth of Fëanor”